The Diagram outlined below identifies the various steps in proceeding through the submission and approval process for a Consumer Proposal. The blue highlighted portions of the diagram represent the road to approval and acceptance of one’s consumer proposal. The points highlighted in red identify points where the creditors or the Court can seek or request further review and consideration of the consumer proposal before making a decision.

Save and except for the red line immediately to the far right of the diagram, a request for further review does not mean rejection of one’s consumer proposal. The blue lines leading from the red side of the Consumer Proposal Diagram represent points where acceptance can be confirmed despite requests for review.

The vast majority, more then 85% of the Proposals submitted by our office, are accepted and approved by the creditors as submitted without further requests from creditors. Requests for review by the Court at Point 3 are extremely rare, and proposals where further requests are made at Point 2 are mostly representative of situations where creditors believe the percentage being offered by the Debtor in the consumer proposal is too small.

Acceptance and completion of the terms of one’s consumer proposal results in a Certificate of Full Performance being issued, which relieves a person of all there debts except those identified in the Box in the upper right corner of the Diagram. In addition to satisfaction of payment terms, each person filing a consumer proposal must attend two mandatory counseling sessions. The box in the upper left hand corner of the Diagram outlines the timelines when each of these session should be completed. 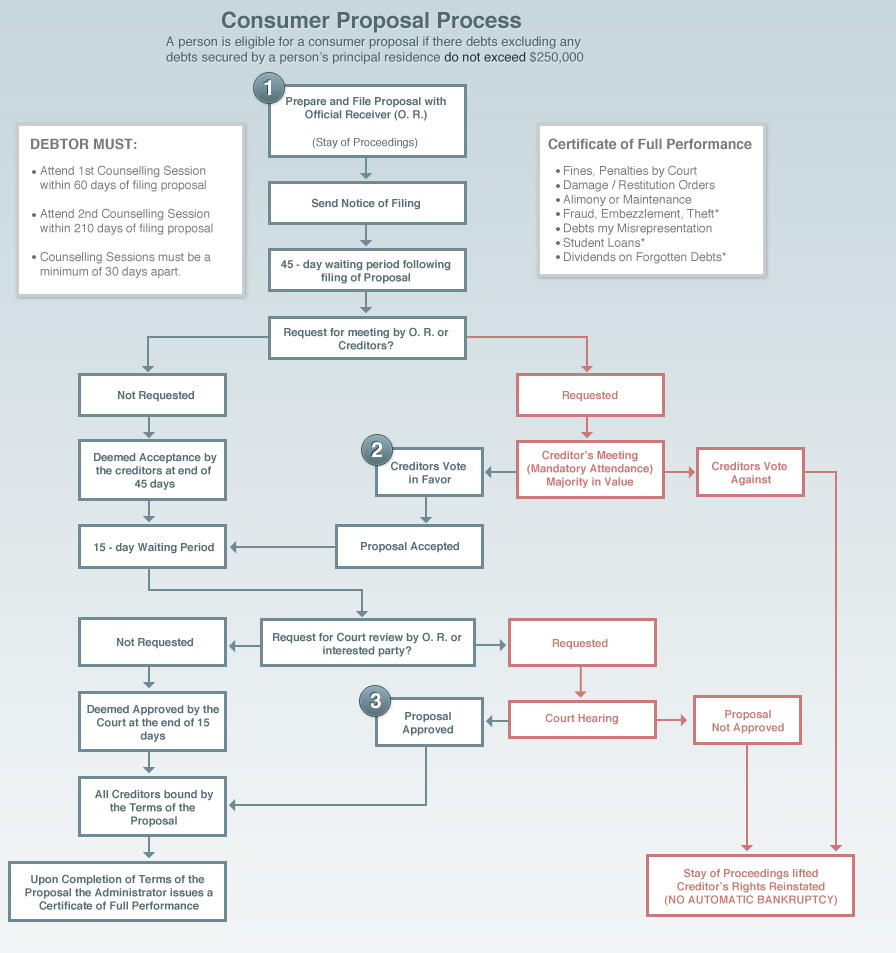 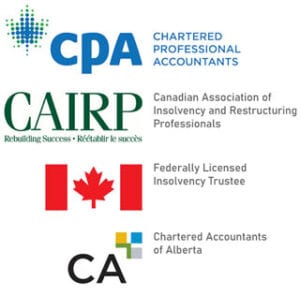